BlockStar Is A Mix Of VR Shooter And Brick Breaker 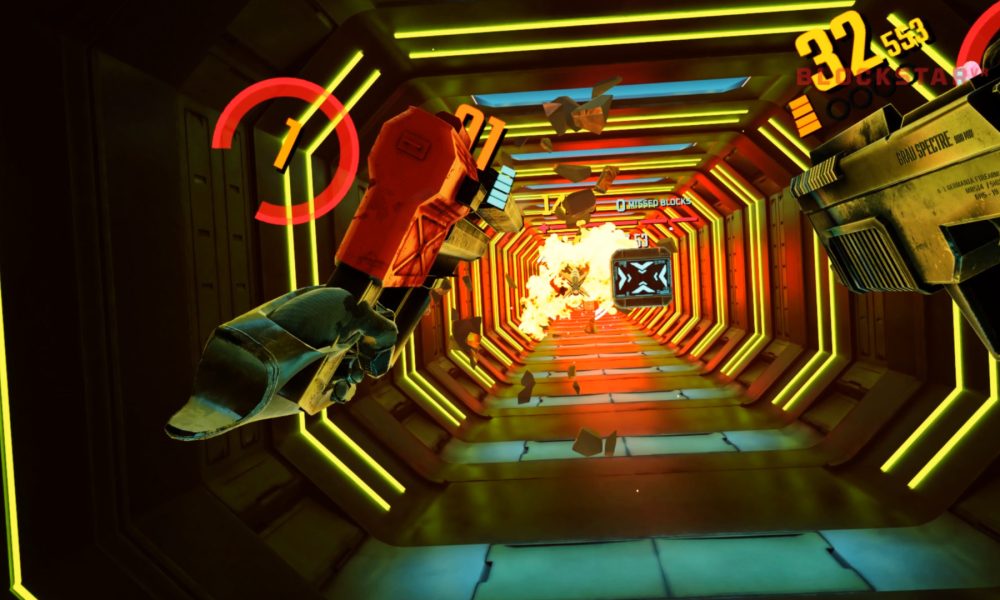 As the trailer reveals, players will head to a space station where they’ll take part in competitive tournaments, selecting weapons and then heading into televised matches to shoot down targets. You’ll need to rack up points to climb the leaderboard, get familiar with new weapons that come with their own advantages and issues and avoid blocks so as to not, y’know, die. Immersive Division says the game will feature 40 missions in its story mode.

A true gamer that has been crazy about games and gaming for over 10 years. My main interests are PS5, VR and AR Games as well as general gaming.

FIFA’s First Games After Its EA Partnership Ended Are Blockchain and Web 3.0-Based

Gaming On Ethernet Vs. WiFI

What Type Of Ethernet Cable Is Best For Gaming?

How Long Is Pentiment?

CoD Devs Are Bribing You To Play DMZ Mode

Among Us VR Review: Deception & Detection In A New Dimension

Steve And The Curse Of The Hermit


Hacked Arcade Games Our users add Hacked Games and ArcadePreHacks daily to help you win playing your favourite  We provide the best and original arcade pre-hacks and hacked games and don’t just steal them from other sites. All our hacked games are guaranteed to work and viruses free unlike some of our competitors. So support us, we add the Arcade Pre Hacks here first and we are the number one hacked game site on the internet.